Perhaps the ideal size of a building is just tall enough (or short enough) that people will still take the stairs to the top.

That’s basically the idea Robert Freedman suggests in a great post over at Planetizen discussing the pleasure, economics and feasibility of cities with plenty of medium-height buildings. The idea is that cities need some amount of density to thrive, but massive elevator-oriented towers don’t feel sufficiently human scale.

I agree; pretty much all of my favorite spaces across the world are dominated by mid-rise buildings. As Freedman points out,

In areas of Manhattan where entire blocks of walk-up apartments have been preserved, the human scale provides an amazing and welcome contrast to the soaring, elevator-towers that cover much of the rest of the island. You immediately sense how the heights of the buildings are in harmony with the width of the street. The materials are warm and natural, and, on the Avenues and major streets, the sidewalks are lined with small shops and restaurants. While walking, you have the sense that you “fit.” It’s not unlike retrieving your jacket after having mistakenly slipped into someone else’s that was several sizes too large. It just feels right.

The pictures below include some of the places that have given me an appreciation for mid-rise development. Note how they all have different architectural styles, yet all share some of the same basic forms. 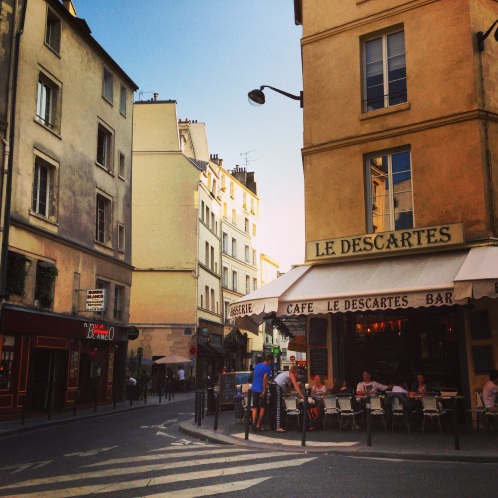 I could go on, but you get the idea. I think it’s worth pointing out here that those of us who care about cities and are interested in making better ones need to sell this type of development better to the larger public. When most people I know think of “density,” they either think of skyscrapers or small-but-cheap, car-oriented apartment complexes from the 1960s and 1970s. We’re doing a terrible job of helping people understand how wonderful density can actually be.

In addition, this idea may require some special tooling in Utah, where many of our cities have a fairly unique street grid. As Freedman points out, the definition of a mid-rise is relative to its surroundings:

…we analyzed a number of successful mid-rise streets from around the world and found a correlation between street width and building height—a ratio of approximately 1:1 or less. The buildings are roughly as tall as the street is wide. When lined up side-by-side these buildings create a streetwall. When streetwalls face each other along both sides of an Avenue they create an “outdoor room” or defined space. It’s the proportion of that space that creates the distinct mid-rise ambience. Again, it just feels right.

In other words, your buildings need to be as tall as your streets are wide. I’ve discussed this idea at length before, but in light of Freedman’s post it’s worth considering that mid-rises may not simply one good option, they may be the best option.