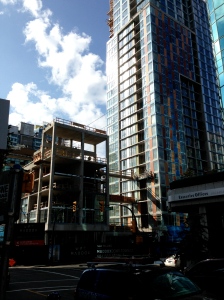 City Tank recently reported on how the Vancouver region’s focus on density and transit has allowed it to succeed. The post basically points out even the “suburbs” of Vancouver are dense and transit oriented. Pictures in the post of Burnaby really do look like they could be showing downtown Vancouver.

And it’s why greater Vancouver will continue to be a more sustainable region for decades to come.

And I think that’s the key. Seattle is a great place that I love and that has excelled in many ways. But Vancouver, just a short distance away, has pulled ahead by building better. Moreover, that outcome wasn’t automatic or foregone; it was a decision people made because they wanted to have a better, more successful city.

There’s an obvious lesson in this for cities along Utah’s Wasatch Front: the benefits of growth will vary in magnitude depending on the type of city we built to handle that growth.