For a while there, it seemed like almost anything was possible in Provo. Now, not so much.

The city that is near and dear to my heart has been getting more and more bicycle friendly in recent years, but has hit a road block: the Provo Bicycle Plan is being held up in a committee. The plan is a document designed to help the city build complete streets and more bicycle-friendly infrastructure. ProvoBuzz reports:

It was anticipated that the plan would be passed by December 2012. Unfortunately, it is now stuck in the recently formed Transportation and Mobility Advisory Committee and bicycle advocates have serious concerns that the integrity of the plan could be compromised before it is approved by the city council.

You can read the entire post for the whole background on who wrote this document and the extensive work that went into drafting it.

It’s ironic that this plan is causing so much controversy; during the recent elections in Provo I saw “road funding” come up repeatedly. Apparently Provo is still mostly concerned with building infrastructure for cars rather than for multiple types of transportation, even though car infrastructure is the most expensive. And even though that’s precisely the opposite of the type of thinking that is happening in the most successful cities. Seriously, just Google it.

Because I no longer live in Provo I was unable to attend the council meeting Tuesday night and as of the time I’m writing this I don’t know what happened. (Daily Herald, where are you?) 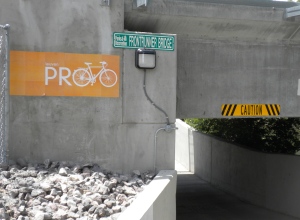 But perhaps my position as an outsider gives me a bit more freedom to say what needs to be said: Provo leadership, you are either being cowards or are woefully uninformed about the benefits of bicycling for allowing this process to drag on so long. Or both, which I suspect is the case. Stop politicking and take this (very minimal) risk.

If that isn’t enough, read up on the benefits of bicycle infrastructure. They are immense.

Only a few years ago I had no opinion on this topic. I researched it and quickly discovered that there are many reasons to support cycling. It’s not a difficult decision, but if Provo can’t get its act together it will continue to hamstring itself compared to other, similar cities.