I mentioned a few days ago that while we’re unlikely to run out of green space there are always hanging gardens if we do.

However, I don’t know if people realize just how far-fetched their fears are when it comes to losing all gardening space in cities. Case in point, during a recent trip to Vancouver, I noticed numerous gardens all over the city. Here’s a particularly pleasant one right in downtown: 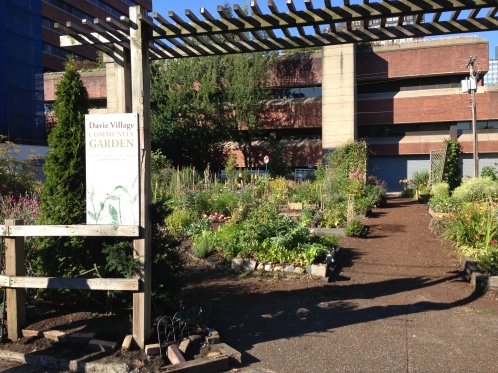 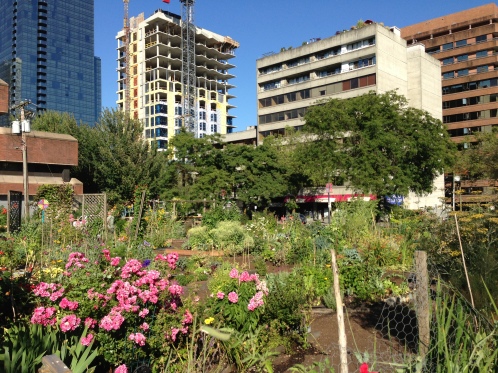 This particular garden was fairly large — probably about half the size of a Provo block — but I saw various other gardens that were smaller and larger.

And keep in mind, Vancouver is a very dense city with some of the highest real estate values in the West. Wikipedia reports its density as more than 13,000 people per square mile. By comparison, Salt Lake City reportedly has a density of about 1,600 people per square mile and Provo has a density of 2,500. (Salt Lake’s core density is likely much higher than that total, but it’s expansive suburban neighborhoods likely drag the average.)

Ultimately, adding density and gardening — along with all the benefits that come with it — aren’t conflicting goals. Vancouver shows that with intelligent planning both can thrive and make up part of a vibrant and exciting city fabric.